Muhammad
My Prophet, My Teacher

Bukhari Academy has been established to help Muslims of all backgrounds to understand and apply the teaching of Allah’s Final Messenger صَلَّى اللَّهُ عَلَيْهِ وَسَلَّمَ in their social context. Since the Quran is a scripture, whose teachings must be enacted and not simply reduced to academic discussions, the only way a person will be able to successfully practice them the way Allah intended is by emulating his Messenger, whom he sent as a guide and mercy for all of mankind.

Allah states, “Indeed, there is an excellent example in Allah’s Messenger for those who anticipate [meeting] Allah, [witnessing] the Final Day and remember Allah in abundance.” (Surat al-Ahzab : 33) He also states, “If you obey him, you will be guided. The only obligation the Messenger has is to convey [Allah’s messages] clearly.” (Sūrat l-Nūr : 54)

Hence, through our courses and publications, we aim to provide the utmost comprehension and clarity to our community of the timeless teachings of our Beloved Prophet صَلَّى اللَّهُ عَلَيْهِ وَسَلَّمَ  so that divine guidance can be attained by all.

Mohammed Omar Subedar was born and raised in the Greater Toronto Area, Canada. In 1990, he enrolled in the Institute of Islamic Education located in Dewsbury, W. Yorkshire, United Kingdom. There, he became a ḥāfiẓ of the Qurʾān in 1993. In 2001, he graduated from a seven-year dars-i niẓāmī program offered by the same institute. This seven-year program covered:

Comparative studies of the four schools of Islamic Law (Ḥanafī, Shāfiʿī, Mālikī and Ḥanbalī) and the principles of jurisprudence (uṣūl al-fiqh) Islamic history.  Pronunciation of the Qurʾān (tajwīd) according to the 10 major styles of recitation (qirāʾāt). He was thus conferred the title of Scholar of Islamic Sciences and Arabic Literature.  Currently, Mohammed Omar Subedar serves as: 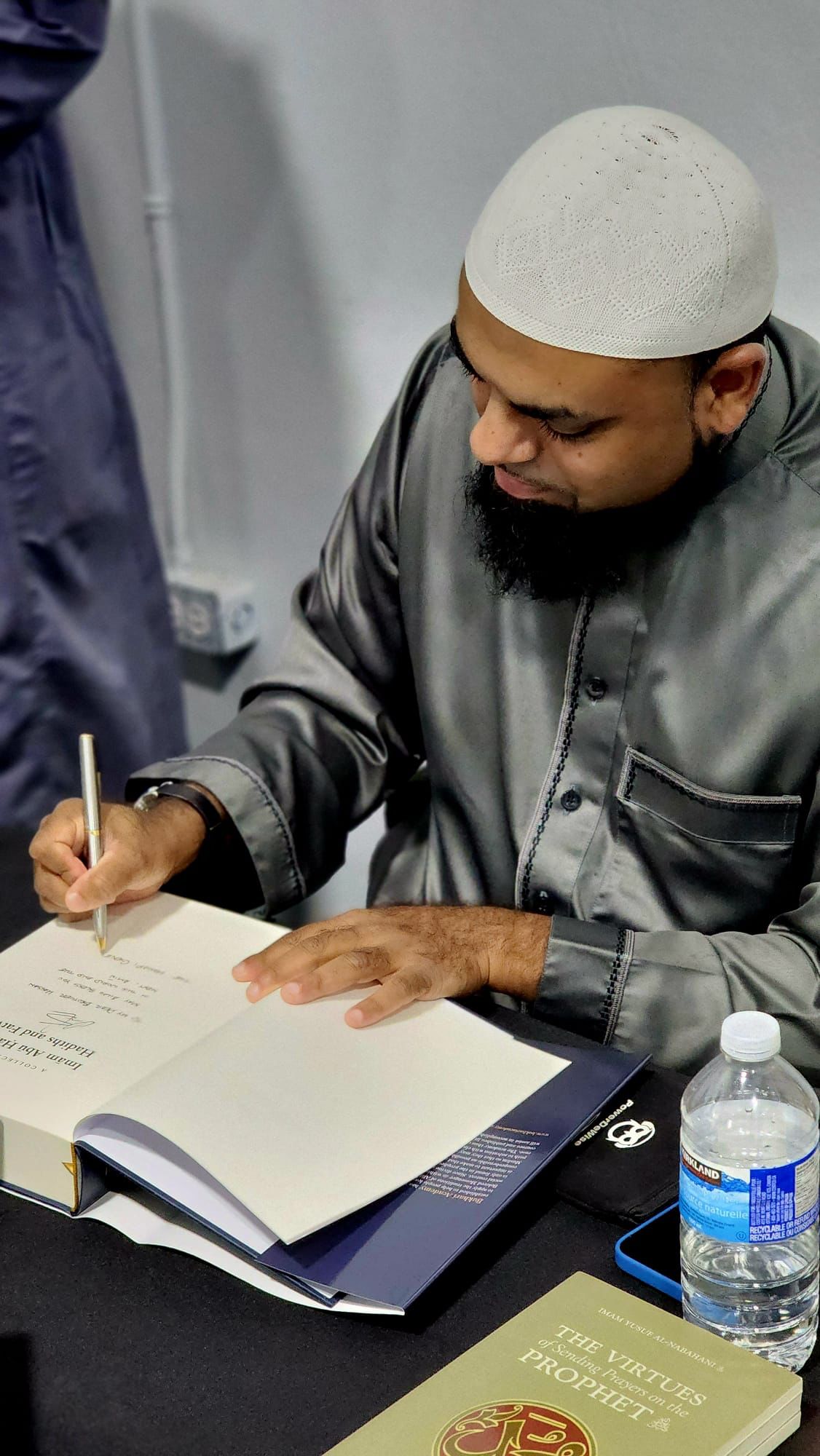 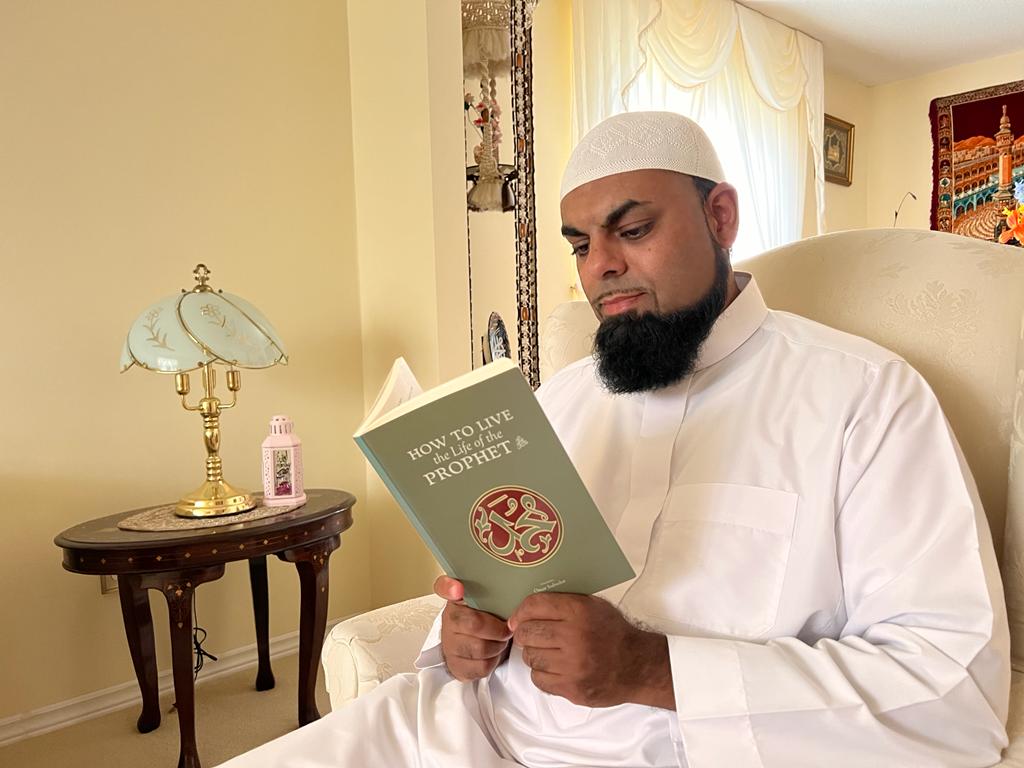 Rashad Jameer studied traditional Islamic disciplines with scholars in Toronto (Canada), Cairo (Egypt), and Tarim (Yemen). He currently teaches in various masjids throughout the Greater Toronto Area. Since the publication of his first translation in December of 2015, he has published 25 books to date (2022). He has conducted seminars on his publications in Toronto, Chicago and Philadelphia (USA), Bogota (Colombia), and San Fernando (Trinidad). He resides and works in his hometown of Toronto, and has become an avid archer since 2020. 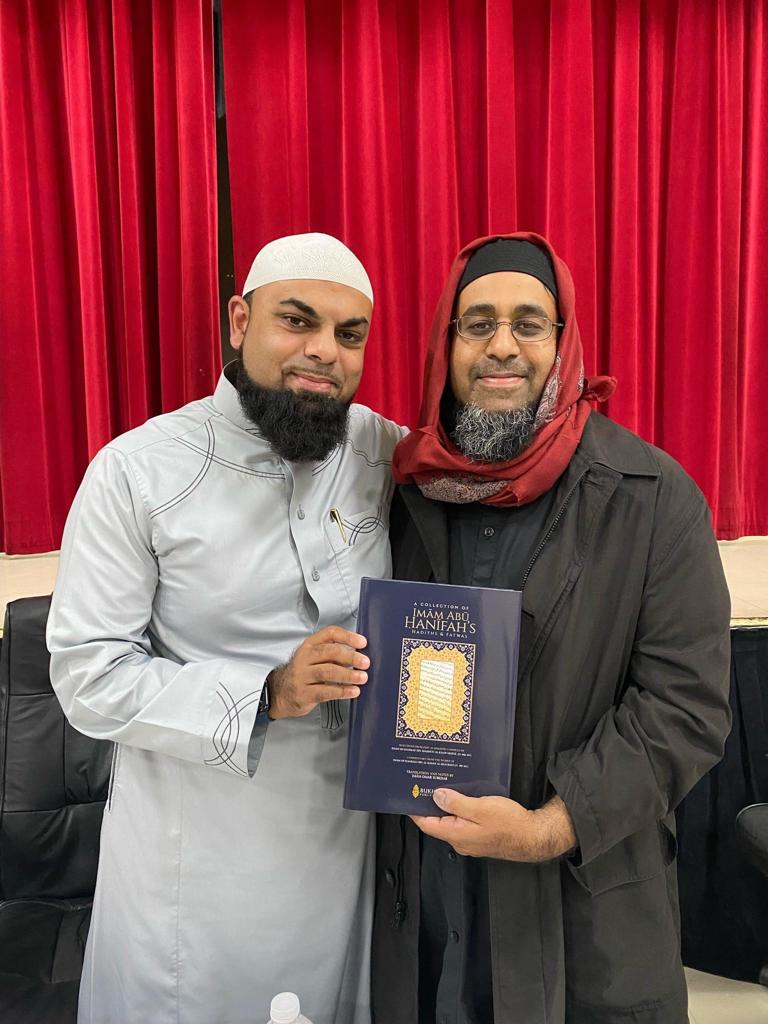 Connect with the Prophet ﷺ

“Indeed, there is an excellent example in Allah’s Messenger for those who anticipate [meeting] Allah, [witnessing] the Final Day and remember Allah in abundance.” (Surat al-Ahzab : 33)

Bukhari Academy has been established to help Muslims of all backgrounds to understand and apply the teaching of Allah’s Final Messenger صَلَّى اللَّهُ عَلَيْهِ وَسَلَّمَ in their social context.

The books published by Bukhari Academy are for the benefit of people from all walks of life. Access books in our bookstore to purchase and benefit today.

Ijaza” (in Arabic: الإِجازَة) linguistically means “permission”, “authorization” It is an accredited certificate that grants its holder the authority of transmitting and teaching Quran or Hadith according to Ijazah type.

Bukhari Academy was built for the Muslim community in mind. Through our courses and publications, we aim to provide the utmost comprehension and clarity to our community

I have grown to appreciate prophetic narrations due to my study at the Bukhari Academy. I've learnt that a Hadith is a capture of a historical moment, a sacred tradition and a lived reality. The claim of loving the prophet (saw) can truly be actualized when we actively aim to become more like him and to transform ourselves based on his wisdom and insights. The academy helped me realize this.
⭐⭐⭐⭐⭐

Syed HassanBUKHARI ACADEMY STUDENT
I thoroughly enjoyed my time with Bukhari Academy's Hadith courses. The courses offered a practical application of Islam through the lens of hadith. It helped contribute to a personal frame of mind rooted in the prophetic tradition, unlike any other course I had taken at the time. Also, the student body environment was unprecedented. Never before had I seen students from 4 to 60+ with their families engaging academically with the prophetic tradition together. It was a beautiful experience that I will always treasure.
⭐⭐⭐⭐⭐

What is Bukhari Academy?

The promise of allah

Enter your email to hear the latest about Bukhari Academy

Stay connected and get Bukhari news about upcoming courses & books