A Collection of Imam Abu Hanifah’s Hadiths and Fatwas 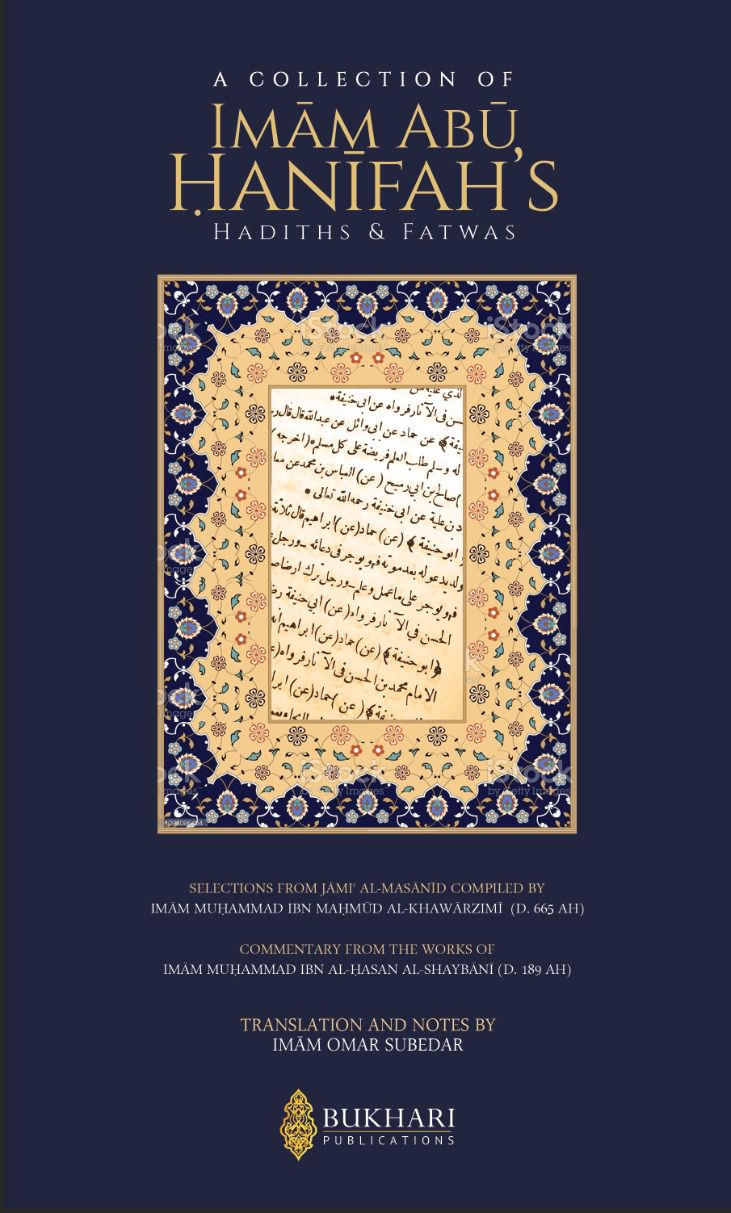 Born in the year 80 AH, Abū Ḥanīfah Nuʿmān ibn Thābit is considered one of the greatest contributors to the development of Islamic Law in Islam’s 1400-year history. While his name and work have been revered by countless people throughout generations, there are those who have been indifferent to his approach citing that he had very little knowledge of the Prophetic traditions (sunnah) and that he relied mainly on analogy to develop his fiqh. As ridiculous as these claims may be, there are a number of people who firmly believe in them and show no hesitance in displaying their aversion towards the Great Imam’s work and the school of Islamic Law (madhhab) that he inspired.

A Collection of Imām Abū Ḥanīfah’s Hadiths and Fatwas has thus been prepared to clarify the many misconceptions that are out there about the Great Imam. It takes the reader on a journey to observe the unfiltered approach of Abū Ḥanīfah in his fiqh and his true attachment with ḥadīth literature. This book contains over 500 narrations, which the imam has reported himself. Many of these narrations have been supplemented with relevant rulings that have been drawn from the books of Muḥammad ibn al-Ḥasan al-Shaybānī (D. 189 AH) such as Aṣl, Jāmiʿ al-Ṣaghīr, Kitāb al-Āthār and Kitāb al-Ḥujjat ʿalā Ahl al-Madīnah. Whether one follows the Ḥanafī madhhab, another madhhab or no madhhab at all, this book will provide immense value in the understanding of classical Islamic law.

 5/5
This book is a must have in your Islam learning library. Its your guide to understanding Fasting, Beliefs, Purification and many other foundational topics. Its easy to read and well indexed. The narrations come in Arabic and English which make you very confident, while the rulings are in English only, which is perfect for me. I am an Arabic speaker and it helps me to securely copy translations of many Hadiths and Ayats and others, and sometimes English is easier for me to understand . I Absolutely love it.

Enter your email to hear the latest about Bukhari Academy

Stay connected and get Bukhari news about upcoming courses & books